Dr. William Donovan spent much of his life in and around the dental profession. The grandson of a dentist, he decided at an early age to pursue a career in dentistry. After graduating from Presbyterian College in Clinton, SC with a degree in Biology, he attended dental school at the Medical College of Georgia in Augusta, GA. Before starting dental school, he worked as a dental lab technician at one of the most prominent labs in the Southeast. While in school he accepted a commission as a Dental Officer in the US Navy. After graduation he began a rigorous twelve month Advanced Education in General Dentistry (AEGD) residency. The AEGD is the highest level of accredited education that a general dentist can complete. Only a small percentage of dentists complete such a program. Dr. Donovan served for eight years in locations including Chicago, Biloxi, and Spain before being stationed at MCRD Parris Island. While at Parris Island, he worked with some of the Navy’s top specialists and trained annually at the prestigious National Naval Medical Center. The highlight of his Naval career was a two year tour with the Navy Seabees (NMCB SEVEN) which included a ten month overseas deployment.

Upon moving to Beaufort, Dr. Donovan had the pleasure of getting to know Dr. Jack McGill. After almost two years of friendship, Dr. Donovan began working for Dr. McGill for several months before taking over the practice following Dr. McGill’s retirement.

Dr. Donovan is married to Mary Beth Donovan, a nurse practitioner at Beaufort Memorial Hospital. The couple has one daughter. They enjoy traveling, spending time outdoors, participating in several organizations in the Beaufort community, and they are members of Sea Island Presbyterian church. 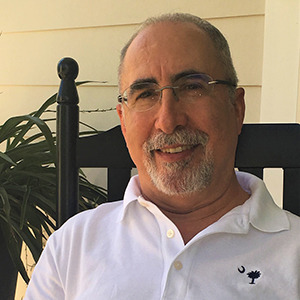 His brother Larry, having previously retired to Beaufort, introduced Dr. Bob to the Lowcountry and in 2017 Dr. Koolkin relocated here. First practicing as a civilian contractor for Naval Hospital Beaufort, Dr. Koolkin is now pleased to be associated with Dr. Donovan and looks forward to providing quality care at Donovan Family Dentistry.